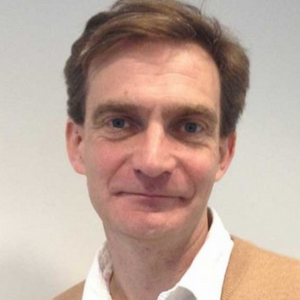 Cassian Harrison is Channel Editor of BBC Four, one of the BBC’s most distinctive and much-loved television services. Under Cassian’s leadership, BBC Four has grown to its highest audience share in its history and leads the BBC channels in quality measures. Cassian has introduced numerous innovations to the channel, from highly successful ‘slow’ television, to innovative drama and performance formats such as Queers, to witty – and highly popular – takes on traditional formats with series such Trainspotting Live and British History’s Biggest Fibs. He has expanded BBC Four’s global reach, adding landmark factual series such as Ken Burns’ Vietnam War to the channel’s renowned international drama offer. Over the last two years BBC Four has also become a gateway to the BBC for a new generation of talent, bringing singular and diverse voices such as Akala, Rodney P and Ryan Gander to television for the first time, and airing exciting new talent initiatives in collaboration with partners such as the BFI.

Prior to this role, Cassian spent five years as Commissioning Editor for Science, Natural History and History across BBC One, Two and Four. His commissions included Earthflight, Penguin: Spy In The Huddle, Turn Back Time: The High Street, The Young Ones, and Richard Hammond’s Genius Of Nature. Cassian was also responsible for several factual dramas including First Light and the RTS-winning Challenger.

Prior to joining the BBC, Cassian spent 15 years in the independent sector, working as a Director, Producer and Executive Producer across a variety of genres including history, documentary and current affairs. His programmes have won multiple awards including a Bafta, three Emmies and five RTS awards, while his creative innovations on series such as Britain From Above set new standards in programme-making. Cassian was also one of the UK’s innovators in cross-platform media production, setting up one of the industry’s first 360º production facilities for Lion Television.