Alan Teather Quilting is a quilt manufacturing business that was seeking support on business management and growth. 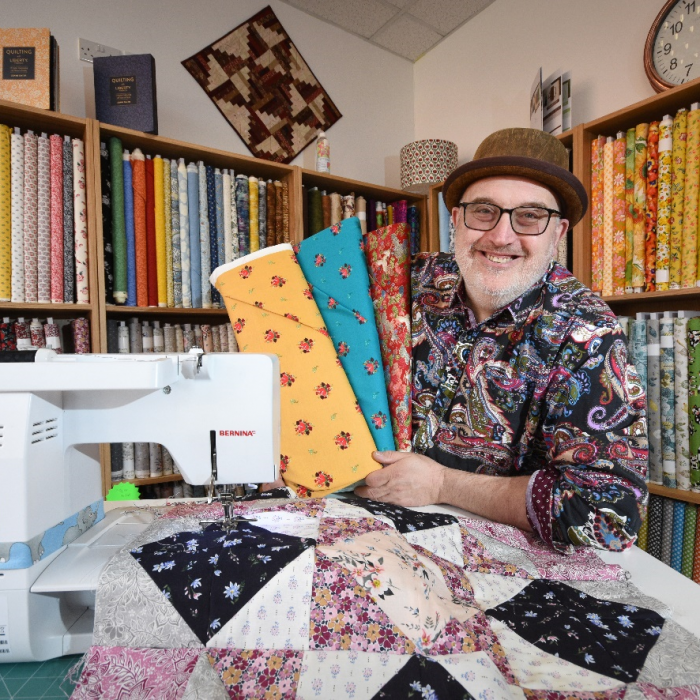 Although the business was comfortably ticking over in terms of revenue, Founder, Alan Teather knew that more could be done to improve time management, productivity levels and boost their online presence, but was unsure on how to go about it.

Following a meeting with Hartlepool Borough Council’s Enterprise Manager, Alan was introduced to Creative Fuse Tees Valley who carried out a business diagnostic and connected him to digital growth experts, Braid Consultancy.

The outcome of CFNE intervention

As a result of this consultancy project the business has seen a noticeable increase in turnover compared to last year and is ready to grow its headcount.

Prior to the intervention, Alan revealed business plans were minimal and growth ideas were more of a case of ‘suck it and see’. However, following the intervention, the business can now clearly identify areas for improvement and plan everything in a sustained manner.

The organisation’s success if now monitored using independent anonymous feedback forms, reviews, and general feedback from customers to continue its development. Based on the positive feedback received, it has expanded its offering to include workshop classes, tuition, and advice sessions, is in preliminary talks to organise a joint venture with another Hartlepool-based SME and has future plans to host a charitable quilt exhibition on its premises.

All in all, the business is in a much stronger position and has had its work recognised nationally as well as trading now taking place across the globe, including countries such as the USA, Australia, Hong Kong and Europe.

“After the support from Creative Fuse Tees Valley we have a much more structured set up where we can take an idea, plan it strategically and quantify potential outcomes.

The support has made us feel empowered and that we have the ability to achieve much greater outcomes. I would most definitely recommend it to others.”

Find out more about this business.